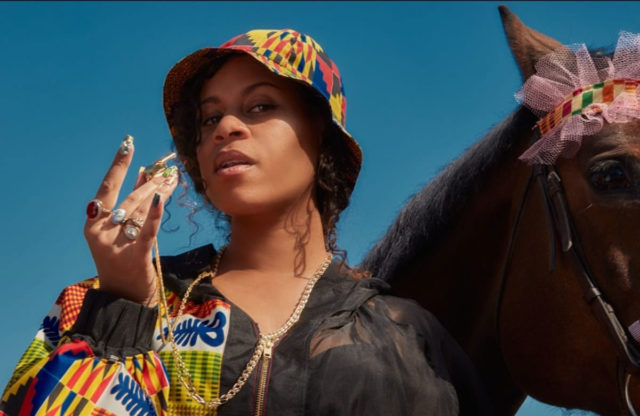 This week’s download comes from Aluna (1/2 of the duo AlunaGeorge). You have seven days to download her song “Body Pump” from her forthcoming solo debut album.

Aluna makes her mark as a solo artist with the release of her spectacular debut single ‘Body Pump.” One half and front-woman to the internationally renowned British duo AlunaGeorge, the critically acclaimed singer, songwriter and performer is stepping out on her own having inked a global deal with Los Angeles based record label Mad Decent and confirming a debut album is on its way.

“Having enjoyed being the main ingredient to many successful dance records, I started wanting to create the whole dish. In the past when performing on the stages of my white male peers, I always felt like a visitor being one of the few Black women I could see, so it never fully occurred to me to claim dance music as my music, as an artist, even though it was at the heart of my connection to music.” Aluna admits.

“Then I looked at the history of dance music and saw how, for example, Chicago House, known as the invention of house music, was pioneered in the Black and Latino LGTBQ+ communities which gave me inspiration to stake my flag in the ground as a Black woman in dance music by taking control of production and songwriting with my own vibe.”