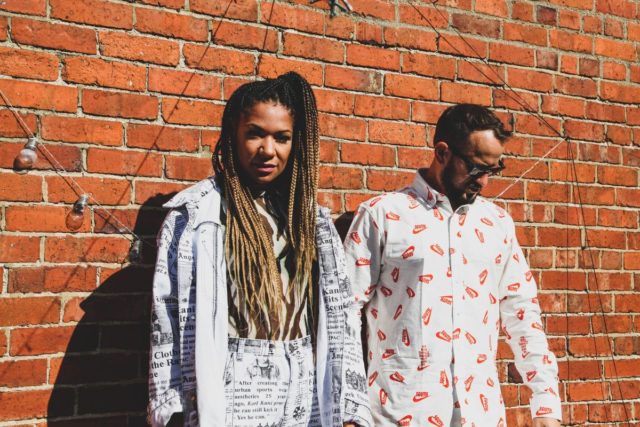 This week’s download comes from the duo Anushka. You have seven days to download their song “You My Love.”

The single is the band’s first new music since their debut album “Broken Circuit” (Brownswood), which gained support from the likes of Gilles Peterson (who has since played exclusive demo previews of upcoming music), Annie Mac, Phil Taggart, Jamz Supernova, B.Traits and Mary Anne Hobbs alongside features in The Guardian, The Arts Desk and Dazed.

Fuelled by their respect for the UK’s rich heritage of breakbeat culture, ‘You My Love’ transports Anushka to a mystifying realm akin to the sound of beat-driven progressive rock meeting underground electronics. As Wheeler muses; “I was playing with a little loop of a modular synth and it somehow pushed the song melodically and harmonically somewhere otherworldly.”

Taking instruction from this spellbinding instrumentation and embracing the otherworldly nature of the chords, Port provides suitably supernatural lyrical content for the track. In a dream-like state, she creates a mythological love story set against a cosmic backdrop; “I searched a thousand lives / and we have lived a thousand times / as distant as the stars”. Moving through space with the moon as her guide, Port’s voice vibrates outward creating circular lunar ripples that ricochet through past, present and future times.