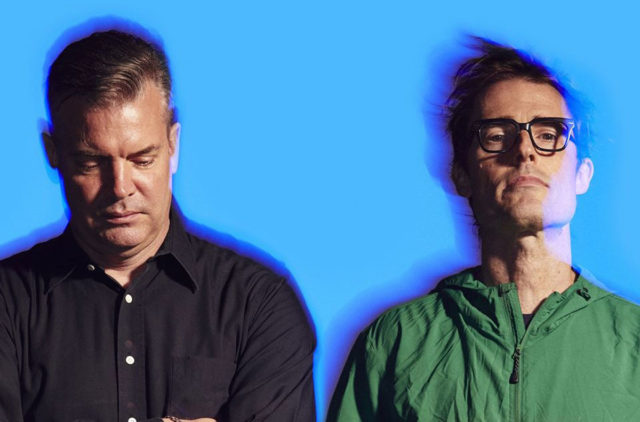 This week’s download comes from the duo Battles and their latest album “Juice B Crypts.” You have seven days to download their song “Fort Greene Park.”

Battles redefined line-up puts Ian Williams (Keys, Guitar, Electronics) and John Stanier (Drums) at the core of the covertly named “Juice B Crypts,” which was produced and mixed by Chris Tabron (Trash Talk, Beyonce, Mobb Deep, Ratking). Marrying synthesizer loops, cut-throat drum patterns and cyclical riffs, the album flirts with new technology, questions of authenticity and the technicalities of reinventing the wheel at the eleventh hour.

Starting its life as a venerated weight of information and data, “Juice B Crypts” is the refined and repeated ingestion of human inflections into machine learning. As Battles explore new territory for the first time as a duo, their approach to composition and live performance intends to dismantle the traditional band format. On this album they’ve become featherweight ghosts within the machine, changing direction with ease they leave the listener at the mercy of their instincts. “Juice B Crypts” is Battles untethered, Ian expands: “It’s about chord progressions, resolutions, returning home. Take that and throw it into a blender of modern electronic tools like glitching devices, or use melodic lines and take them and regurgitate them and pulverize the traditional stuff but at the same time try and retain harmonic relationships while completely smashing them up”.