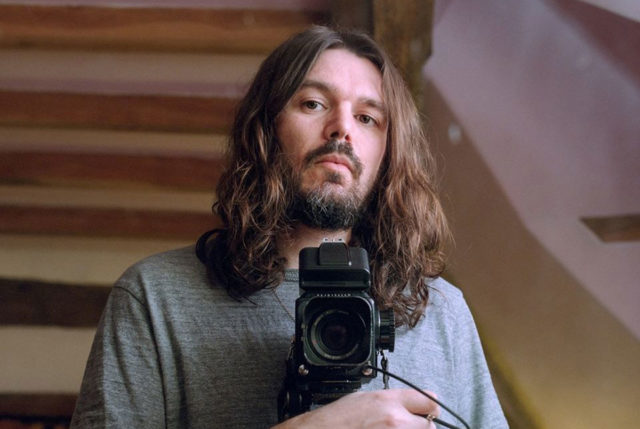 This week’s download comes from Bibio and his new album “Ribbons.” You have seven days to download his song “Sleep On The Wing.”

Bibio returns, just over a year on from his latest album Ribbons, with a new ten-track EP titled Sleep On The Wing due for release on June 12th on Warp Records. The release follows a pattern Bibio has established in his work; releasing a follow-up EP after an album exploring similar sonic ground. This release draws on a familiar range of influences from traditional folk, peaceful atmospheric soundscapes and field recordings from the natural world. Stephen Wilkinson (Bibio) once again demonstrates the breadth of his musicality, embracing a wide range of self-played instruments including the strings which gave Ribbons much of its flavour, and features some new accouplements for good measure.

On his latest single, Sleep On The Wing, a gentle melodic theme is bowed and plucked, capturing the care-free energy and rolling countryside views detailed in the lyrics, which sing of hope in the face of something painful or tragic, and are carried by the softly bittersweet harmonies of the instrumentation. Its title and lyrics, inspired by a swift’s ability to sleep during flight, have been brought to life in a beautiful video animated by Sonnye Lim. The video echoes the lyrics in capturing a sense of joyful freedom in its motif of a swift flying from dark city to rural landscapes as spring turns to summer.