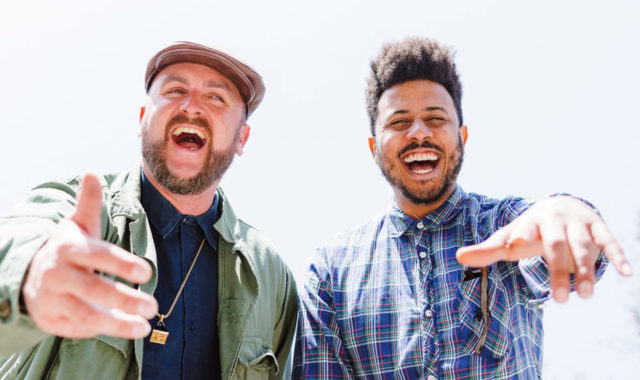 This week’s download comes from the hip-hop duo, Blu & Exile and the new holiday album from Adrian Younge called “Christmas Soul.” You have seven days to download “Christmas Missed Us.”

Adrian Younge has carved out an enviable niche in the underground music community. A producer, composer, Linear Labs studio head and co-owner, with his wife Sherry Younge, of the combination hair salon and record store Artform Studio in Highland Park, the artist is best known of late for work on the stellar score to the Netflix/Marvel series “Luke Cage.”

Over the years the versatile Younge has collaborated with artists including Jay-Z, Ghostface Killah, Kendrick Lamar, Bilal, Schoolboy Q and Snoop Dog. Perhaps more impressive, he also knows how to rock a Christmas song, which The Times is premiering.

Younge’s original song draws on the “A Charlie Brown Christmas” vibe of Vince Guaraldi’s classic score, but extends it into the realm of the mystical through the voices of Brooke deRosa and Rebecca Engelhardt, a.k.a. Voices of Gemma.