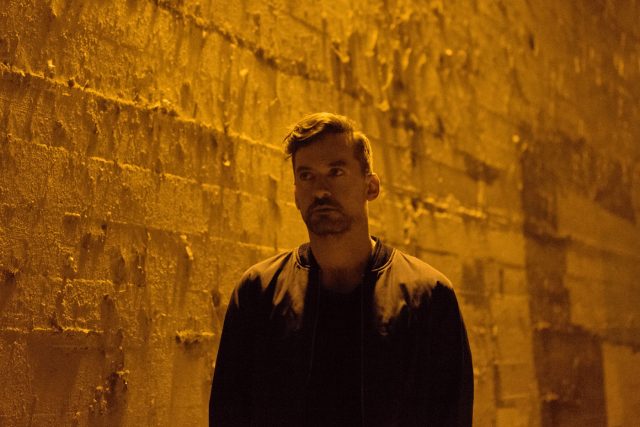 This week’s download comes from Simon Green, aka Bonobo and his new album, “Migration.”  You have seven days to download the song, “Break Apart” featuring Rhye.  Bonobo will be performing live at Turner Hall Ballroom on May 19.

Simon presents “Break Apart” featuring Rhye, the second track taken from his sixth album, “Migration”. It’s a song which, in its very conception, illustrates the transitory nature of the album and also shows how deftly broad Bonobo’s dynamics are as a composer. The chord sequence to “Break Apart” was sketched out by Green on a flight, Michael Milosh (AKA Rhye) then recorded the verses in Berlin, they then went to London to add the horns, then Green did the final mix in his own studio in LA. Over a harp device, Bonobo builds a shuffling, emotional drumbeat, those aforementioned horns, piano and bass, over which Rhye delivers a standout vocal performance—achingly sweet, full of longing, perfectly understated. It’s extremely beautiful and one of the highlights of an album full of highlights.

Rhye has said of the song, “I’m so happy Simon asked me to work on this song with him. From the moment I heard the instrumental track it spoke to me more than I can express in words. Being able to work with an artist that continuously makes me envious, like Simon, is where I always want to be.”

The recent release of the single “Kerala” (which premiered via Pitchfork) has been rapturously received. It was #1 on the Spotify Global Viral Chart with over a million streams in its first week and the official video becoming the 4th most trending on You Tube. ‘Kerala’ was the first track Green recorded for the record, and it’s both a classic piece of Bonobo music and a development – arpeggiated, twisted, layered strings, and a shuffling dancefloor rhythm. The music gradually builds until Bonobo introduces a sample from RnB singer Brandy, cut up and dealt with as a further texture, bringing the track to a sweet spot of uplifting euphoria that he’s so adept at finding.