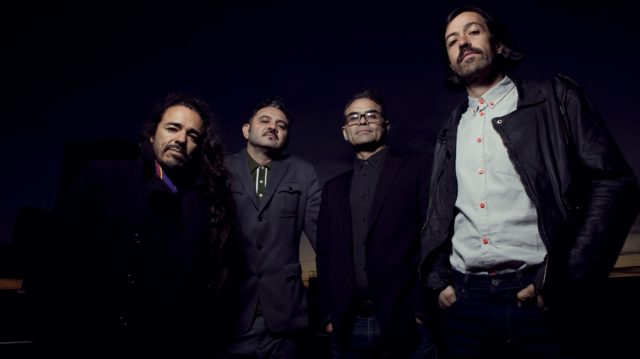 This week’s download comes from Cafe Tacvba and their latest album, “Jei Beibi.” You have seven days to grab their new song, “Que No.”

Mexican alternative icons Café Tacvba make a much welcome return with ‘JeiBeibi (pronounced Hey Baby!),’ the group’s first studio release in 5 years. They have announced an extensive U.S. fall tour with more than 25+ shows including headline dates from Hollywood Bowl to Brooklyn Steel. ‘Jei Beibi’ was recorded at Ocean Studios (Burbank, CA) and produced by the Oscar and Grammy-winning producer Gustavo Santaolalla. Santaolalla has worked with the band on every release since their debut album in 1992.