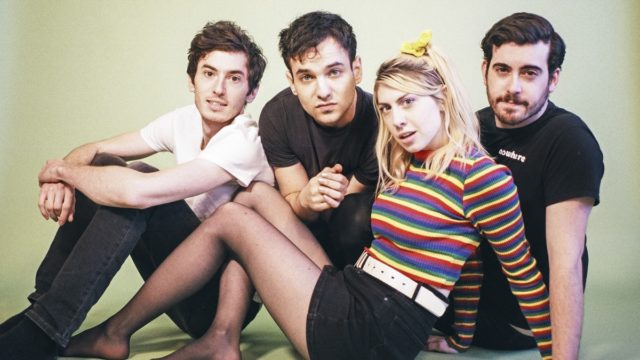 This week’s download comes from the group Charly Bliss and their new album, “Guppy.” You have seven days to grab their new song, “Percolator.”

NYC’s Charly Bliss is responsible for having crafted some of the finest guitar-crunched power pop this side of an old Weezer record with a blue cover. The ten tracks that make up Guppy, the band’s sparkling full-length debut, show them embracing all of their strengths — a combination of ripping guitars and irrepressible pop hooks, all delivered with the hyper-enthusiasm of a middle school cafeteria food fight.

At a time when so many of their peers have taken to writing music that is akin to oblique navel-gazing, Charly Bliss is more interested in exploring other extremes of feeling — namely unbridled glee. “People forget sometimes that expressing joy is just as important as examining despair,” says Charly Bliss’ Dan Shure. “People need joy, especially right now. We’re all about writing tight pop songs, but also giving people this super enthusiastic release. These songs are kind of the sound of expressing something that you can’t really contain. These are songs you play really loudly when you need to freak out.”