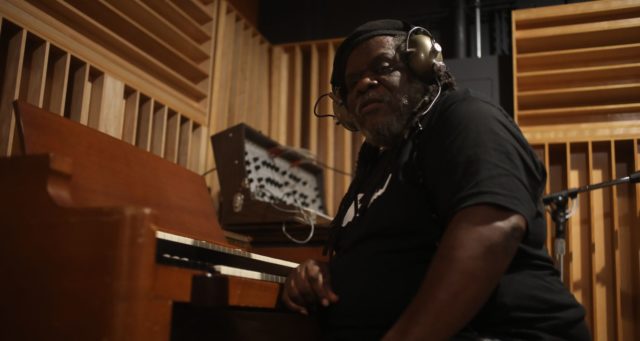 This week’s download comes from Doug Carn, Adrian Younge & Ali Shaheed Muhammad and their latest volume in the Jazz is Dead series. You have seven days to download “Desert Rain.”

Among the heroes and innovators of ’70s spiritual/progressive/funk/jazz, Doug Carn has always flown a little under the radar. He has long plied his trade with patience and dedication, releasing absolutely stunning albums that are cherished by cognoscenti but lesser-known even to the jazz mainstream, even as his influence can be detected among his colleagues. Emerging out of Florida at the end of the ’60s, he made his debut on record as perhaps the key member of the Black Jazz roster, releasing four albums for the label that stand as all-time classics of Black Consciousness expressed through jazz.

Doug’s own luminous work on acoustic and electric piano on all these albums placed him firmly in the realm of contemporaries like Lonnie Liston Smith, Herbie Hancock and George Duke and they were elevated even further by the exquisite sideman work of a number of luminaries including Olu Dara (a.k.a. Nas Sr.), Charles Tolliver, Alphonse Mouzon and legendary Cannonball Adderley bassist Walter Booker among others.

Doug’s newest project, his entry in the “Jazz Is Dead” album series helmed by Adrian Younge and Ali Shaheed Muhammad, takes his unique and timeless art and places it within the context of a musical culture that has always taken cues from his ’70s classics. There’s no mistaking the musical mind that created legendary albums like “Infant Eyes” and “Adam’s Apple,” but the encounter of that with the distinctive jazz-hip hop-funk-noir that is the JID trademark creates something worthy of comparison to Carn’s past work but which could only have been made right now.