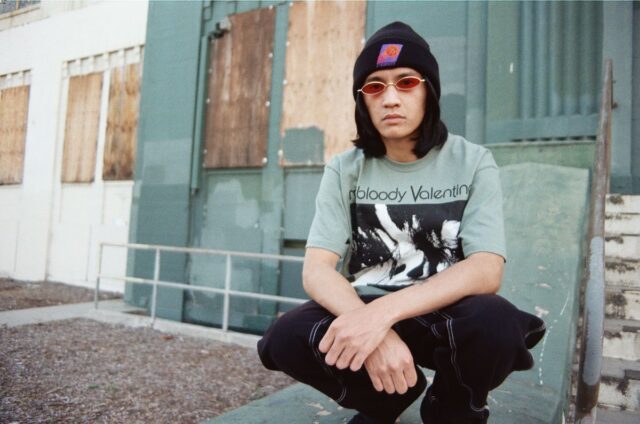 This week’s download comes from Eyedress and his latest album “Let’s Skip To The Wedding.” You have seven days to download the song “Jealous.”

Eyedress is an LA-based Filipino singer, musician and producer. ‘Let’s Skip To The Wedding’ is his first album since relocating from Manila to the US in late 2018. A passionate exploration of the themes of love, settling down, adjusting to life in a new city, and preparing to welcome a child into this ever-changing world.

Regarding the song, Eyedress stated: “Jealous” is a song I made earlier this year about trying not to be possessive. It was also one of the first songs I recorded on my new Japanese Teisco guitar. I was really excited when I first made it because I haven’t had much time to just sit down and come up with a new riff, but that one came to me so easily. It was recorded in my bedroom in Silverlake and the video was filmed by BRVINFREEZE. We filmed on a nice sunny day in Venice beach; basically went out with my bandmate Zahara and skateboarder friend Kane The Menace and just filmed a bunch of clips of us skating around Venice beach along with shots of me and Zahara busking and performing the song live for passers-by.”