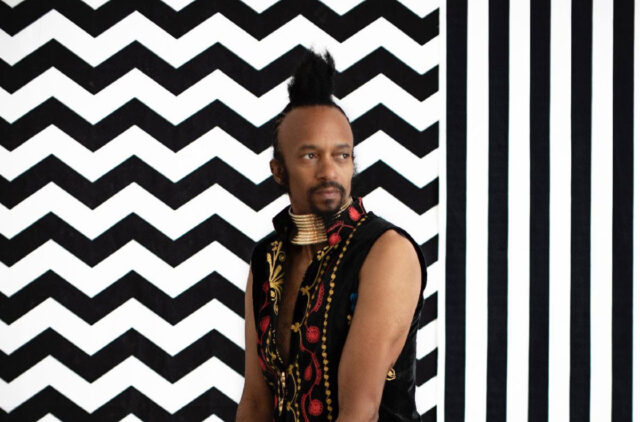 This week’s download comes from Fantastic Negrito’s forthcoming third album. You have seven days to download his song “Chocolate Samurai.”

When you listen to Fantastic Negrito, you’re invited to hear the story of life after destruction. Each song is a real story about a musician from Oakland who experienced the highs of a million-dollar record deal, the lows of a near fatal car accident that left him in a coma, and is now in the midst of a rebirth that took him from the streets of Oakland to the world stage.

The narrative of this man is as important as the sound, because the narrative is the sound. Songs born from a long hard life channeled through black roots music. Slide guitar, drums, piano. Urgent, desperate, edgy.
Negrito burst on to the national radar by winning the inaugural NPR Tiny Desk contest in 2015, and has since won Grammys for his first two albums: The Last Days of Oakland (2017) and Please Don’t Be Dead (2019). His third album, Have You Lost Your Mind Yet?, arrives this summer and includes features from fellow Tiny Desk winner Tank (Tank and the Bangas) and Bay Area legend E-40.