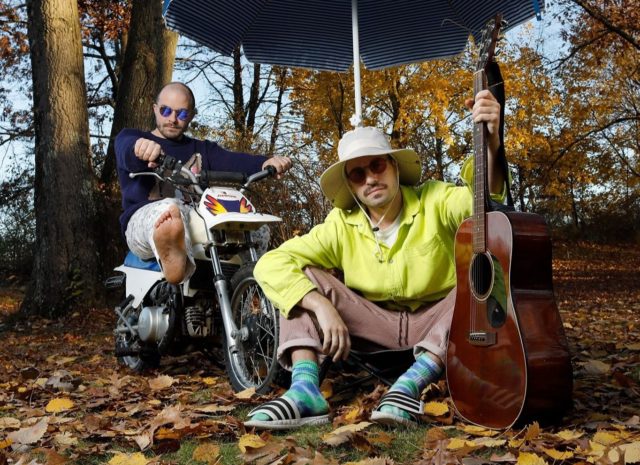 This week’s download comes from the duo Gilligan Moss. You have seven days to download their song “Slow Down.”

Chicago bred, Brooklyn based electronic duo Gilligan Moss kick off 2021 with new single and video ‘Slow Down’, out February 10.

Combining carefree vocals, warm instrumentation and the most infectious of basslines, ‘Slow Down’ is a fresh, feel good nu-disco / house jam that’s been crafted for an eternal summer. The track will feature on their forthcoming self-titled debut album, out April 9 on Foreign Family Collective.

“As The Eagles say, take it easy,” they explain. “‘Slow Down” is a song of universal feeling; it’s driving 5 mph with the windows down, enjoying the crumbled oreos at the bottom of a milkshake. We wrote this while we were decamped at GilMo HQ and if you listen closely, you can hear Merle the dog singing along too. Wash, rinse, repeat.”

Accompanying the track is Gilligan Moss performing ‘Slow Down” in claymation as they morph into different versions of themselves, in the sea as octopuses, in their natural element outdoors, in the club, as children, and in outer space. The duo is observed by an older gentleman who glides through each scene effortlessly via skateboard, picking up elements from the guys surroundings adding color and joy to his own life.