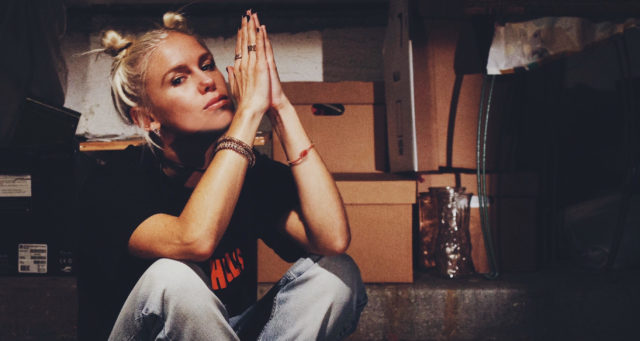 This week’s download comes from Milwaukee native, NYC-based singer/songwriter Grace Weber. You have seven days to download her new song “More Than Friends.”

During the past 18 months, Grace has collaborated with Chance the Rapper, Francis & the Lights, Boogie and Towkio, and Nate Fox, Nico Segal and Peter Cottontale of the Social Experiment, who produced her new album. Grace co-wrote and performs on Chance the Rapper’s All We Got, which earned her Grammy recognition alongside Chance in February.

I’m so excited to release my first single! “More Than Friends” is one of the first songs we wrote for the album; I recorded the lead vocal in Milwaukee at The Exchange. We added the pitched up vocal when I brought the song back to the guys [Social Experiment] in LA because we felt like there was still something we needed to express in the song…for me the “lead” vocal represents my composed self and the high pitched vocal represents what’s going on inside my head, my “id.” We liked showing the tension between our external and internal voices that can happen when having a hard conversation…