Download Grieves’ new song, ‘What It Dew’ from his album ‘Running Wild’

Download Grieves’ new song, ‘What It Dew’ from his album ‘Running Wild’ 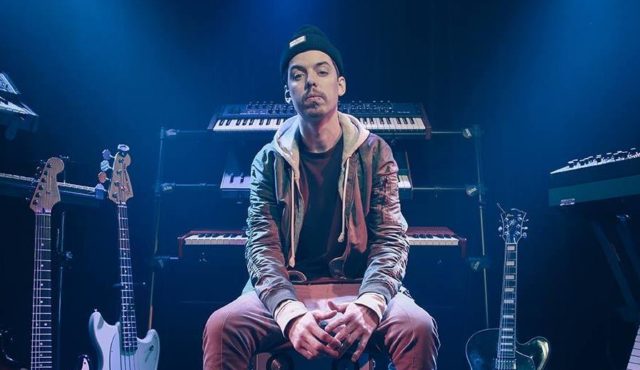 Catch him perform live at the Cactus Club on Sep. 30

This week’s download comes from Rhymesayer’ artist Grieves and his new album, “Running Wild.”  You have seven days to download his song, “What It Dew”

You can also catch him live at Milwaukee’s Cactus Club on Sep. 30 along with Dem Atlas and Rahn Harper.

On Running Wild, the Seattle musician manages to balance the dueling impulses that fuel both his live shows and his previous releases: the need to cut loose and the need to vent. While earlier efforts might have leaned heavily in the direction of darkness—taking on subjects like addiction, heartbreak, and poverty— the new record introduces some much-needed levity to the proceedings.

Recorded in Stockholm, alongside Swedish producer Chords, the fifteen songs on Running Wild do exactly what the album title would imply. Tracks like “Gutz” and “No Sleep” are classic Grieves ruminations on anxiety and romantic bust-ups, but the record stretches out in a number of surprising directions. Tracks like “Faded” and “RX” experiment with fluttering trap beats, while songs like “What it Dew” and album-closer “5000 Miles” offer the rich guitar tones and humming organs that one might expect on a classic soul record. It’s a kind of openness—both sonically and thematically—that Laub attributes to how and where the record was made.