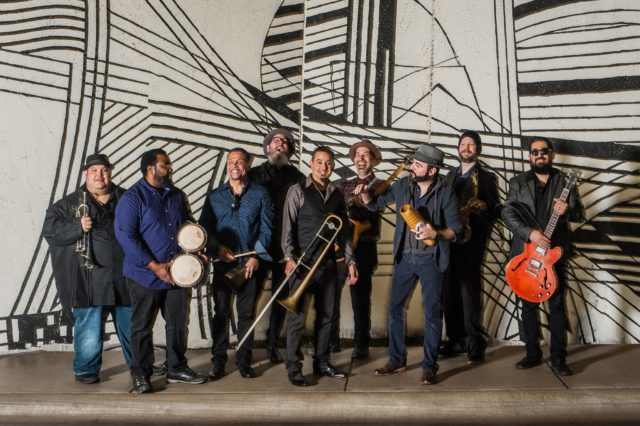 This week’s download comes from the band Grupo Fantasma and their latest album “American Music: Vol. VII.” You have seven days to download their song “The Wall” featuring Ozomatli & Locos Por Juana.

Austin’s Grupo Fantasma enters their 19th year as a band with an exciting new record and a fresh take on their unique sound. With six previous albums in their back catalog, plus collaborations and backing gigs with the likes of Prince, Spoon and Los Lobos, not to mention a GRAMMY award and a loyal fan base, they are ready to turn people’s heads again with American Music: Vol. VII (Blue Corn Music).

It’s been five years since they’ve been in the studio, and this time around they’re working with the multi-talented Carlos “El Loco” Bedoya, a highly regarded Miami-based Colombian producer, audio engineer, musician, and songwriter. His credits are extensive, having worked with artists as diverse and successful as Beyoncé, Weezer, and ChocQuibTown.