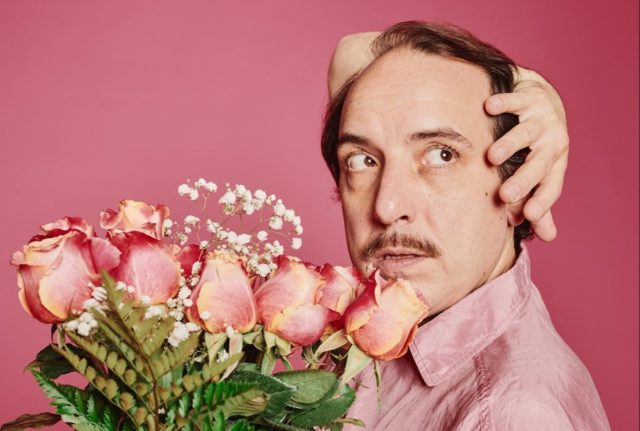 This week’s download comes from Har Mar Superstar’s upcoming album “Roseville.” You have seven days to download the track “Where We Began.”

Har Mar Superstar started as a solo, modern pop R&B side project for Sean Tillmann in 1999. Hailing from the Twin Cities, Tillmann quickly gained notoriety worldwide for boisterous, sweaty live shows that often ended disrobed down to a pair of briefs while managing to create a balance of trust and nervous energy from unsuspecting crowds. He toured the world priding himself being an “artist’s artist” championed by his peers The Strokes, Yeah Yeah Yeahs, Red Hot Chili Peppers, Gossip, Father John Misty, and The Faint among others who repeatedly selected him as a main support opening act. Lizzo even joined the band for a few tours.

As Tillmann’s songwriting grew stronger the shtick began to fade and gave way to more honesty in his albums and live performances as the band grew in grew in size, volume, and restraint. Everything really came together with the release of Har Mar’s landmark classic soul album Bye Bye 17 in 2013, and he was finally, solidly gaining his own audience globally as an artist through a non-stop tour schedule that continued through his most recent album, Best Summer Ever. By 2016 the band had grown into an unstoppable 7-piece behemoth famous as much for their entertainment sweat equity as they were for their ability to seamlessly morph through sets of widely varying styles, energy, and raw emotion.

The band has been playing together for years, and now in 2021 the line up has settled into a full on collaboration of trust that can conquer just about any genre they put their minds too. That is the charm of Har Mar Superstar. You never know what you’re going to get, but they always pull it off with a style that’s all their own. It’s a greatest hits set every night culling from years of output and experimentation by Tillmann, Aaron Baum (synths, vocals), Ryan Mach (drums), Nelson Devereaux (sax, synths, vocals), Jake Baldwin (trumpet, synths, vocals), Adam Hurlburt (bass), and Ethan Elseth (guitar).