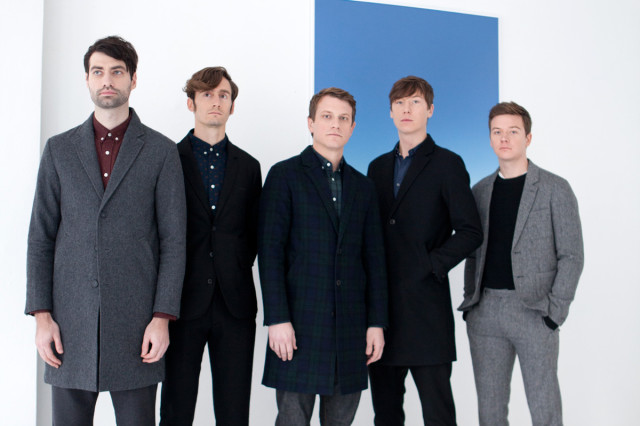 This week’s download comes from Hey Marseilles third studio album. You have seven days to download their song, “Eyes On You.”

Five miles south of downtown Seattle is the neighborhood of Columbia City—a leafy stretch of old brownstones and new condos which, according to local legend and loosely interpreted census data, boasts the most diverse zip code in America. Not far from Columbia City’s main drag, amidst a swirl of languages and colors and food and accents, sits a 100-year-old, two-story house that’s home to the world-weary, seven-piece orchestral-pop ensemble known as Hey Marseilles.

World-weary in spirit if not in practice: Hey Marseilles first won hearts across the US with its 2010 debut, To Travels and Trunks, an album that reveled in the education and inspiration only globe-trotting exploration can provide. With Matt Bishop’s lyrical wayfaring abutting an instrumental palette that embraced folk tradition—accordion, strings, and horns; gypsy, Gallic, and classical—To Travels and Trunks gave musical voice to the universal longing for unfettered freedom. NPR called the record “sublime and heartfelt.”