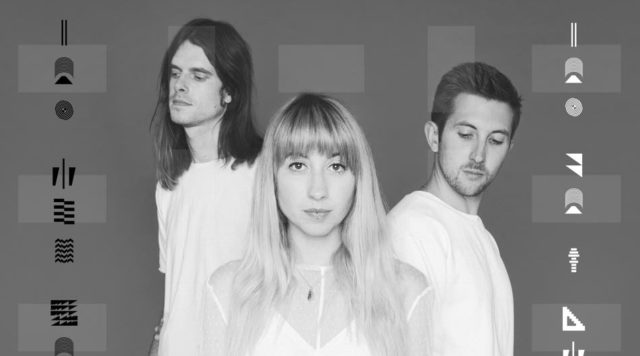 This week’s download comes from Hundred Waters and their new EP called “Currency.”  You have seven days to download their song, “Particle.”

Hundred Waters have unexpectedly released a new five song EP entitled Currency. The EP was written and self-recorded/produced over the last three years at various shared houses in Los Angeles, California. It’s a deeply personal record that reflects a period of profound change within the band, wherein relationships have shifted into unfamiliar territory.

The EP was generated during the same fertile recording sessions as the band’s forthcoming third album, which is nearing completion and due for release this Fall on OWSLA. The new album will be the trio’s first full length since 2014’s critically lauded The Moon Rang Like a Bell, whose glowing response led to worldwide tours with such diverse acts as The xx, Alt-J, and Interpol, multiple late night TV appearances (including a collaborative performance with Skrillex and Chance The Rapper on Late Night with Stephen Colbert), a Coca-Cola Superbowl ad placement as part of the brand’s anti cyber-bullying initiative, and critical accolades from everyone from Pitchfork to Dazed to Entertainment Weekly.