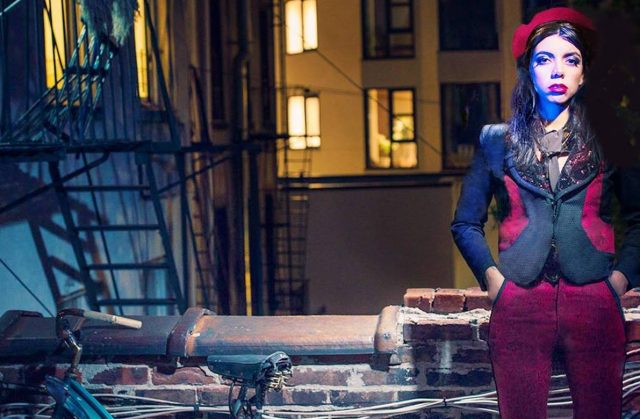 This week’s download comes from Hurray for Riff Raff and their new album “The Navigator.” You have seven days to download the song, “Hungry Ghost.”

Like a song-cycle from an imaginary Off-Broadway musical, The Navigator rises from the ashes of loneliness and striving, honky tonks and long walks by the river of urban dreams. From the wistful melancholy of “Life to Save,” to the stubborn resignation of “Nothing’s Gonna Change That Girl,” Segarra’s voice speaks with a husky weariness that coexists with a naïve curiosity. It’s the voice of a rebel who wanted everyone to think she was so tough, and nobody could take her down, but at the same time was yearning for love and magic, some kind of an awakening. Long-time Riff Raff fans should feel at home in The Navigator’s World. There’s always been a little bit of syncopated Caribbean strut to down home rock and roll, Appalachian rags share a similar root with Spanish troubadours and the blues is the same in any language. On The Navigator, Segarra’s voice has never been more soulful, whether she’s decrying urban gentrification on “Rican Beach” or mourning the lies people tell on “Halfway There.” Like the moment we’re living in, The Navigator is as much about the past as it is the future.

With its 12 tracks and its Travelers, Sages, and Sirens, The Navigator comes straight at you from the intersection of apocalypse and hope. This album rides Patti Smith’s high horse while straddling a thin line between love and hate. Segarra may lament the Trumpsters who want to “build a wall and keep them out,” but she knows that, like the outcasts she embraces, “Any day now/I will come along.” There’ll be no more hiding at the dimly lit intersections of class, race, and sexual identity—now we will all come into the light.