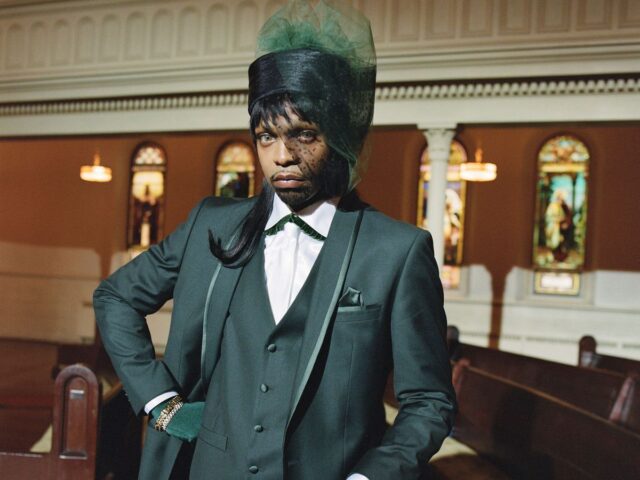 This week’s download comes from Ian Isiah and his latest album
“Auntie.” You have seven days to download the song “Princess Pouty.”

At the beginning of May, as the pandemic raged through his hometown of New York, Ian Isiah revealed his latest creative incarnation: the AUNTIE project to be released this fall on Chromeo’s new record label Juliet Records. The announcement was accompanied by a striking picture by Bronx-born photographer Renell Medrano, in which Ian recreates the famous image of Coretta Scott King at MLK’s funeral, sitting at a pew, their daughter in her arms.

Then last week Ian’s official funk manifesto “Princess Pouty” was premiered via an explosive performance, and is now available on all platforms. Over oozing, fuzzy synths and an undeniable two-step groove, Ian calls out “Momma’s baby, Daddy’s maybe” in an ode to empowerment and street-savvy sass.

The accompanying visual finds him in head to toe clown attire, roaming around a deserted Coney Island. “Princess Pouty” is a Commedia dell’ Arte reimagined Brooklyn style, intersecting fine art and fashion photography for a tale of post-gender love and spirituality.