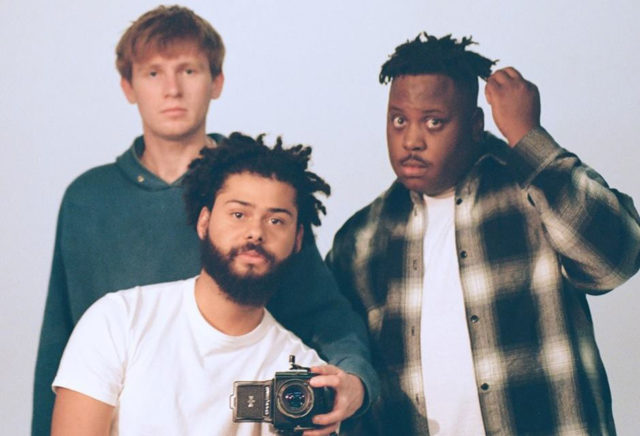 This week’s download comes from the Arizona-based hip-hop group Injury Reserve. You have seven days to download their song “Gravy n’ Biscuits”

Injury Reserve are an Arizona-based alternative rap trio whose music is highly reminiscent of golden age hip-hop acts like A Tribe Called Quest and Black Sheep, yet thoroughly in tune with the sounds and issues of the 2010s. While their songs are playful and exuberant, relating stories of everyday events and daily struggles, their music is also urgent and socially conscious, criticizing the music industry and addressing issues such as racism.

Consisting of MCs Ritchie with a T and Stepa J. Groggs and producer Parker Corey, Injury Reserve formed in Tempe in 2014 and released their debut EP Cooler Colors that year. The release featured heavy, boom-bap production, but by the time the group released their full-length debut Live from the Dentist Office in 2015, their sound was slightly mellower and jazzier.