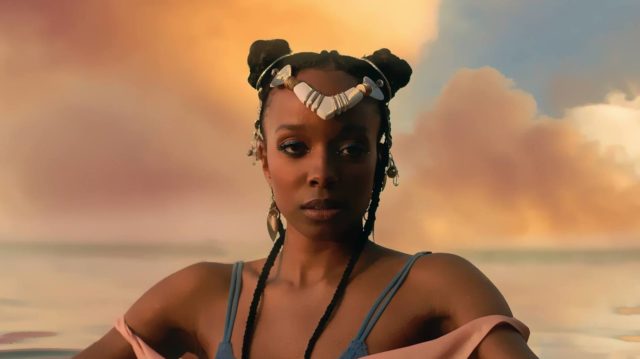 This week’s download comes from Chicago’s Jamila Woods and her latest release, “HEAVN.” You have seven days to download her tune, “LSD” featuring Chance The Rapper.

Jamila Woods‘ debut HEAVN has only doubled in power and purpose since its release a year ago. It’s an album necessary for this moment, full of courage, community, and empowerment. We’ve teamed with Jamila and Chicago hip-hop label Closed Sessions for the wide release of HEAVN. It’s available now on all digital services, including Spotify and Apple Music. And the first-ever physical release of HEAVN on vinyl and CD is set for October 6th (which, by coincidence, is also Jamila’s birthday).

To commemorate the official re-release of HEAVN, Woods, Chance the Rapper, and Chicago based VAM Studio released a Chicago Public Schools student-directed video for “LSD,” an album highlight and love note to Chicago itself.

Together Woods and Chance conceptualized the “LSD” video to include aspiring filmmakers from Chicago Public Schools. They opened up treatment submissions to all CPS high school students, ultimately selecting one student’s treatment to guide the video. That winning student, Prosser Career Academy senior Ashley Huicochea, was able to shadow the directors (Vincent Martell & Sam Bailey of VAM Studio) on the set during the shoot, while the six student runners-up were able to shadow other key parts of the production. The video for “LSD” is absolutely a celebration of Chicago, of the richness of its people and neighborhoods. It’s vibrant and colorful, but it’s also a meditative video. “LSD” paints a portrait of resilience, buoyancy, and charm.