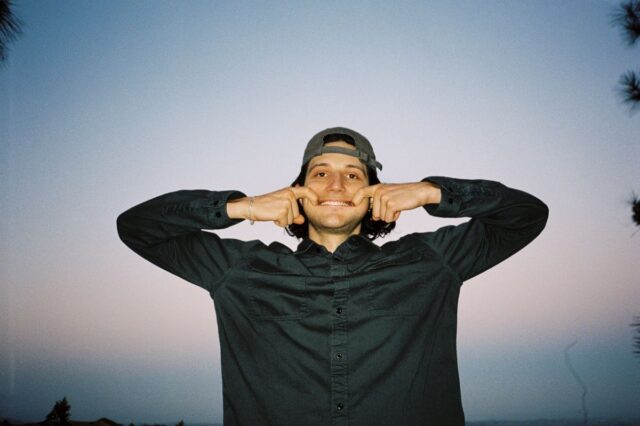 This week’s download comes from Jim-E Stack and his latest album “EPHEMERA.” You have seven days to download the song “Jeanie” featuring Bon Iver.

EPHEMERA packs together an all-star cast into a tight, beautifully composed set of songs, each as lovely as they are widely interpretable. True to its title, the album places focus less on the words and more on the vocals, blessing songs with a wide range of interpretations and feelings. He melds timbres as distinctive as Justin Vernon’s booming tenor and Lorely Rodriguez’s rich soprano into his guitar and synthesizers for an emotive as well as danceable effect. Its contents echo in your mind long after they finish, a testament not only to their hooks but also their expert composition.

On “Jeanie,” both artists meld their trademark sounds together to form an uplifting number. Justin Vernon’s booming, Autotune-drenched vocals feel right at home among Jim-E’s warm, rhythmic synths. Eventually, those synths melt to free up room not only for Justin’s crooning but also Jim-E’s bass and piano. It’s all a groovy balance, a quality mirrored by the opening lyric: “Don’t want you to feel too much.”

Jim-E creates sounds he wants to hear—to listen to a Jim-E Stack song is to know him. Born James Harmon Stack, Jim-E Stack grew up in San Francisco’s Inner Richmond, where his passion for music evolved from playing in garage rock bands and school jazz bands to making beats inspired by Daft Punk, Burial, J Dilla, Timbaland, and The Neptunes. As a senior in high school, he began DJ’ing after successfully sneaking into clubs and lobbying promoters. Since 2010, Jim-E has lived in New Orleans, New York City, and Los Angeles, and credits his time in each city with reshaping his music. He continued to evolve and refine his sound as he began opening for acts like Shlohmo and Bonobo.