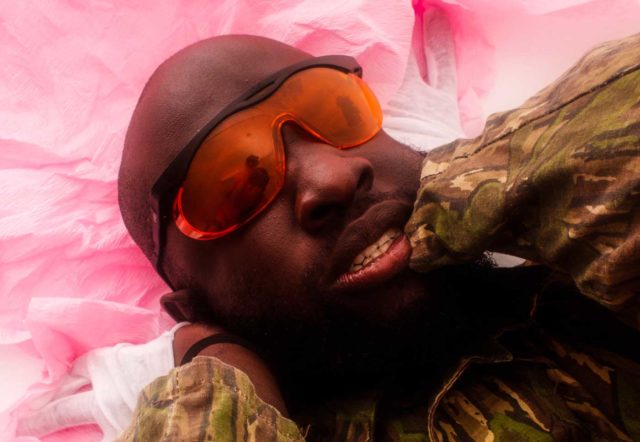 This week’s download comes from Ugandan-native Jonah Mutono. You have seven days to download his track “Circulation.”

Jonah, whose childhood was spread across London, Philadelphia, and eventually back to Uganda on deportation from the UK – once enjoyed an air of mystery and released his intimate DIY recordings under the name Kidepo. After navigating complex personal, political and religious barriers, he now writes openly and honestly about his experience and all the complications that come with it.

On the track, Jonah explains, “There is this old joke by Tim Hawkins about how people involuntarily squeeze the very life out of their babies and animals – almost like a primal violent urge. I started ‘Circulation’ when I was living alone for the first time and had just bought a puppy. I didn’t know what to do with myself. I only had the words ‘hold me tight and cruel, I don’t care much for Circulation,’ and I left it at that. I fell in love for the first time years later and came back to that sentiment. There are so many parallels. It’s sweet, savage, romantic and brutal – almost like a dog howling. I wanted to freeze that feeling and put it in a frame.”

On the video, Jonah explains: “We filmed this video last year in Uganda, near a place that’s very important to me. The piece is about tension – physical and emotional – and in this particular case, political. There is little kindness and space given to queer stories in that corner of the world. It was astounding that we got to be there and capture this. All I can really draw from is my own experience and this is a big part of that story for me.