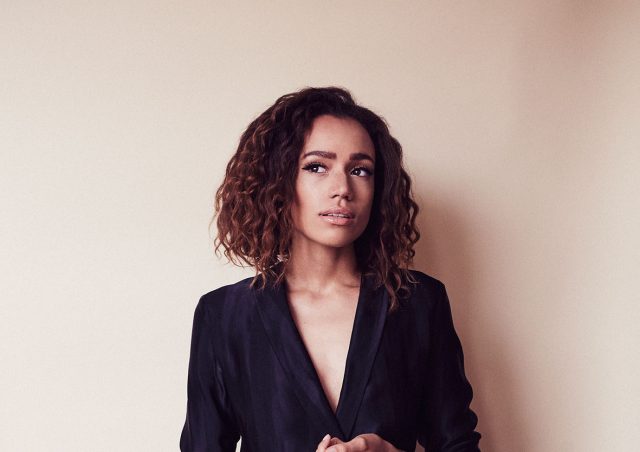 This week’s download comes from UK singer Jones debut album “New Skin.” You have seven days to download her song “Walk My Way.”

The voice comes from London’s Whitechapel, near the dusty edges of the city. It comes from a young woman with who has a quiet, noble presence, but an undeniable strength, a strength that pours out of her melancholic but optimistic songs. A young woman who grew up in London with her mum, the sounds of soul, reggae and pop her mother played giving her days and nights rhythm. Those styles and sounds became the building blocks of who JONES would become, and for the music she gives us now.

After years of experimenting and practicing, she found her sound: a starkly modern, electronic soul music with a pop direction. Her songs are all crafted to hit the heart, “to talk about love and life in an original way, as if no one else has ever spoken about it before.” Her love of Stevie Wonder’s longevity and creativity has taught her that since childhood; the work of Pharrell Williams has taught her how bold and otherworldly you can be with production and melodies when you’re writing new pop. The darkness and drama of Lykke Li, and the weirdness and liveliness of Little Dragon, have also taught JONES that you approach the oldest things in pop in a striking new way.