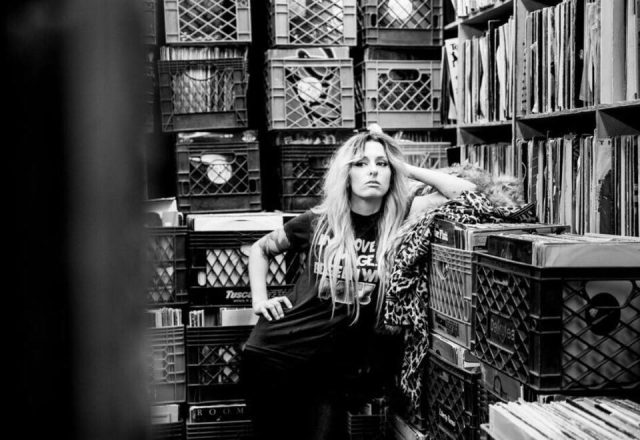 This week’s download comes from soul singer/songwriter Kendra Morris and new album “Babble.” You have seven days to grab her song “Woman.”

Brooklyn-based vocalist Kendra Morris, known for her distinctively soul-tinged and deeply personal songwriting, will release Babble on June 17th, her first collection of new songs since her highly praised 2010 full-length Banshee. Kendra’s sound recalls singers who straddled soul and rock during the early ’70s, such as Ruth Copeland and Chaka Khan, while her contemporaries include the likes of Mayer Hawthorne, Alice Russell, and Leela James. Morris’s musical taste was developed through her parents’ record collection, a library, heavy on late-60s and early-70s soul and funk.

The EP is compiled of seven out of twenty-five or so songs written over the past two years while she was going through some huge life changes. The album is called Babble because it deals with all the thoughts and noise she was hearing in her head while going through these changes, and was the first thing she wanted people to hear after her last release.