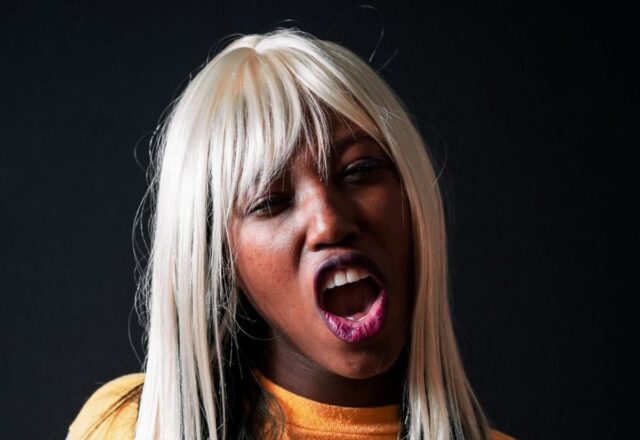 This week’s download comes from the Atlanta band Lesibu Grand. You have seven days to download the song “Hot Glue Gun.”

Lesibu Grand (pronounced Le-SEE-boo Grand) is an indie rock band from Atlanta that grew out of a songwriting partnership between singer Tyler-Simone Molton and bassist John Renaud. Released on AWAL, Hot Glue Gun is an 80s new-wave punk-inspired song about doing whatever you can to fix a broken world, while also transforming yourself into the superhero you always wanted to be.

The band takes its influences from the NYC new wave scene, particularly Blondie and Talking Heads, and from 90s rockers such as Pixies and Green Day. Distinguished by Tyler-Simone’s warmer, ethereal vocal style, Lesibu Grand fuses these two strains into a refreshingly modern sound in songs that explore the unexpected joys, sharp anxieties, and beguiling mysteries that abound us all.