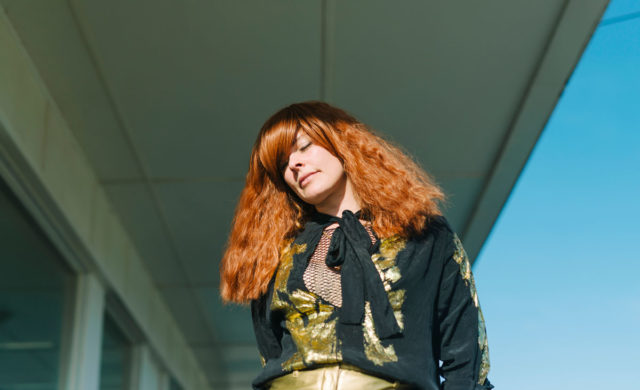 This week’s download comes from Little Scream and her latest album “Speed Queen.” You have seven days to download her song “Still Life.”

On her third album, Little Scream offers us a reflection on class and poverty in America. Speed Queen began as bits of prose written while touring Cult Following across North America—observing the slow entropy of the US, ruminating on her own low-income upbringing in a flyover state, and, as she says, “taking it all in from the privileged position of being a new Canadian.”

The title, which alludes to the opiate crisis, actually refers to a washing machine. Little Scream says, “When you’re struggling, nothing says you’ve made it more than getting your own washing machine. Speed Queen is about the dream of making it and feeling desperately close but missing it.”

Much of my new record Speed Queen touches on class, poverty, and politics. But there are a few exceptions, and all of these exceptions have one thing in common—they all reference painting. I guess painting is my “happy place,” and the thing that gave me a break from the other heavy subject matter. “Still Life” is a song that grew out of a fragment Mike Feuerstack had started and shared with me. I had just been discussing that Manet painting Un bar aux Folies Bergère, and I finished writing the song with the unrequited longing that painting has always inspired in me.