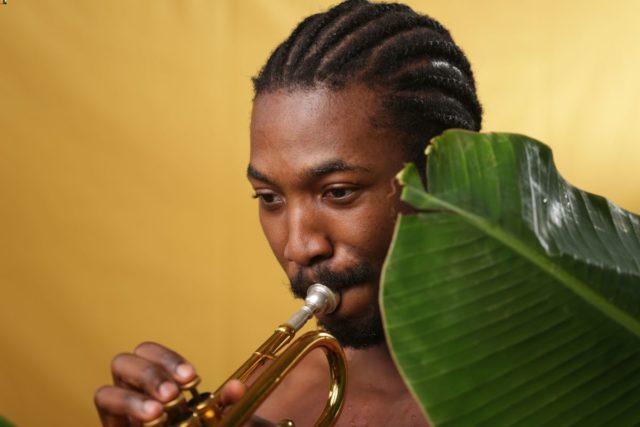 This week’s download comes from Fela Kuti’s grandson, Made Kuti. You have seven days to download the song “Your Enemy.”

Grandson of legendary activist and originator of Afrobeat, Fela Kuti, Made now proudly steps into the limelight bearing his family’s torch, pushing the brand of infectious grooves and social consciousness that his grandfather and father (four-time Grammy nominee Femi Kuti) pioneered into exciting and modern new territory.

Made grew up in the legendary New Afrika Shrine in Lagos, and spent much of his childhood touring with his father, playing bass or saxophone in Femi’s band, The Positive Force. Unlike his father, who didn’t formally study music, Made went to the famed Trinity Laban Conservatoire of Music and Dance in London (the same place Fela studied, back when it was known simply as Trinity College), where he shared a musical environment with some of the most talented and disciplined musicians up-and-coming acts from the city’s underground scene.

Made also recently spoke out in strong support of anti-police brutality protests currently happening across Nigeria, which have subsequently led to the government dissolving SARS (Special Anti-Robbery Squad), a notorious part of the country’s police unit. Made even took to the streets himself earlier this week, alongside his father.