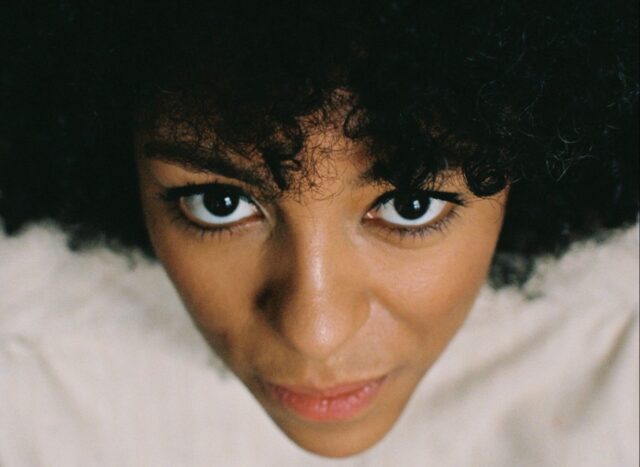 This week’s download comes from singer/songwriter Nana Adjoa. You have seven days to download her song “No Room.”

Singer-songwriter Nana Adjoa is a sonic explorer, armed with a deft poeticism and a fierce sense of musicianship. But behind her bold approach to songwriting is an unflinching sense of curiosity and an openness to endless possibility. All of this is demonstrated on Adjoa’s debut full-length, Big Dreaming Ants, in which the Amsterdam-based multi-instrumentalist finds herself contemplating such profound themes as identity, love, and our modern global society.

But her own search for identity began much earlier, as she forged her path as a musician. Born to a Dutch mother and a Ghanaian father, Adjoa joined her first band as a teenager, choosing to play bass because, “Every other instrument had been claimed,” she laughs. Yet – it was a lucky twist of fate. Unbeknownst to the musician, her mother had once been the bassist in a Ghanaian Highlife band and still happened to have her guitar.

Later, Adjoa entered the prestigious jazz program at the Conservatorium van Amsterdam. But she soon learned that her musical passions lay elsewhere. She joined a variety of bands, began recording her own music and, in 2014, entered herself in the Grote Prijs van Nederland – the longest-running and biggest pop-music competition in the Netherlands. She made it to the finals, but most importantly, she gained a band, a manager, and the confidence to launch a solo career.