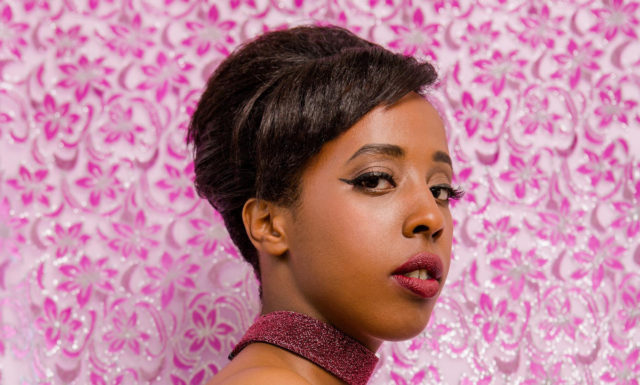 This week’s download comes from the artist, Cold Specks also known as Ladan Hussein.  You have seven days to download her new song, “Wild Card” from her forthcoming album, “Fool’s Paradise” due out Sep. 22.

“I had written the sparse arrangement before the vocals and melodies. Those things came after I had visited my mother and noticed her frantically phoning people up. There was a man in my family’s store who had travelled from Somalia to Canada. By water and by foot he had travelled half way around the world to establish a better life for himself and his family who were still at home. My mother had never met him before. He was a complete stranger from a familiar place. She took him to a local restaurant fed him and found him somewhere to stay. I was astonished by her selflessness and kept humming ‘I’ll be there for you. Don’t know why.’ The rest of the song came together after. I guess it’s a love song to my mother and every strong refugee woman who take huge gambles in their lives so their children would prosper. My mother always put us before herself. She is the strongest woman I’ve ever known.” – Ladan