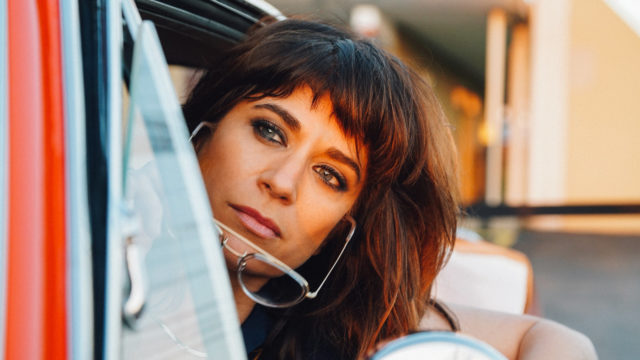 Great Art is a journey — and Nicole Atkins traveled quite a distance to bring us Goodnight Rhonda Lee. As Nicole explains it, “This record came to me at a time of deep transition. Some days were good, some not so good. What I did gain, though, from starting to make some changes and going inward, and putting it out on the table, was a joy in what I do again. Joy in the process and a newfound confidence that I don’t think I’ve ever had until now. The album title, Goodnight Rhonda Lee, also came from those feelings. Rhonda Lee was kind of my alias for bad behavior, and it was time to put that persona to bed.”

The direction in which these songs were headed was obvious. Nicole’s voice had always recalled a classic vinyl collection. She is the heir to the legacy of “Roy Orbison, Lee Hazelwood, Sinatra, Aretha, Carole King, Candi Staton.” She is untethered to decade or movement or the whim of the hipster elite.

In order to capture the timelessness she sought, Nicole enlisted a modern-day Wrecking Crew: Niles City Sound in Fort Worth, TX, who had just risen to national acclaim as Leon Bridges’ secret weapon. “We spoke the same language. We wanted to make something classic, something that had an atmosphere and a mood of romance and triumph and strength and soul.” The album was recorded in five days, live to tape. The album that Nicole and the boys came up with in those five days, Goodnight Rhonda Lee, is nothing less than Great Art and a quantum leap forward for Nicole Atkins who, no matter how much she grows up, will always be a little crazy.