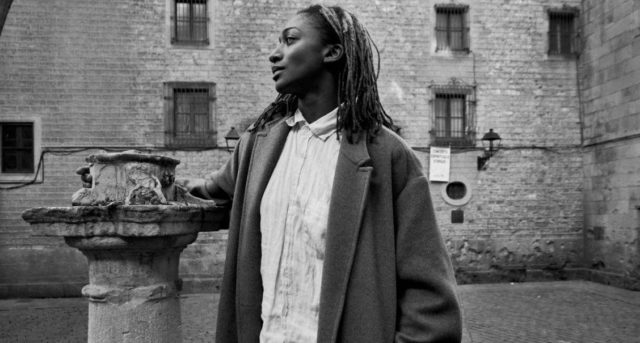 This week’s download comes from rising singer/songwriter ALA.NI and her debut album “You & I.” You have seven days to download her song, “Old Fashioned Kiss.”

London-born, Paris-based artist ALA.NI  released her debut album You & I June 9th via Missing Piece Records. Each song sounds like a forgotten gem – instantly familiar but eerily difficult to pin down. All of these songs are original, written and produced by the artist as woozy and crepuscular David Lynch-ian miniatures.

ALA.NI has received critical praise from NPR, The Fader, Essence, Pigeons & Planes and more…but The Guardian summed it up best when they said: “It’s almost a let-down to learn that she’s not a spectre, but a fully functioning human.”