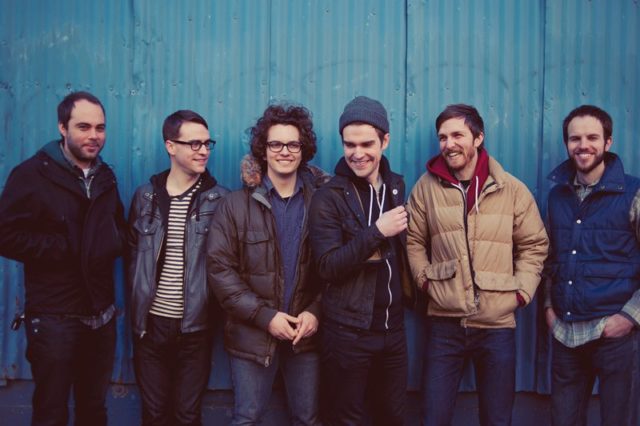 This week’s download comes from the Seattle band, Pickwick and their new album “LoveJoys.” You have seven days to grab their first single, “Turncoat” from the album.

Listen to the first single from “LoveJoys,” the sophomore release from Seattle, WA’s Pickwick, and you’ll hear a band that has pushed aside external pressures and expectations, overcome internal demons, and plugged directly into their own creative center.

Slinky, sinewy, and articulate, the record pulses with a palpable confidence. Hypnotically intricate, just-right sonic ornamentation shimmers around a thick, undulating bed of propulsive rhythm. Submit willfully, give yourself over to Pickwick’s practiced ministrations, and you’ll find yourself exhausted and deeply satisfied, slick with a sheen of glitter and sweat.

Written in the midst of personal and political turmoil, lyrically and sonically “LoveJoys” became an escape somehow, a place for the band to purge all their deepest concerns while somehow also being relieved of them. LoveJoys embodies the relationship between inspired creativity and the use of escapism as a way of getting there. Likelittle-fossilizedd explorations of his own greatest fears and anxieties, Disston’s lyrics bury themselves into the band’s bright new sonic landscape, both contradicting their collective fantasy and reminding them of why
they chose to construct it in the first place.

“This record is an escape toward love and joy in the face of uncertainty,” says Westcoat. It’s a sonic sanctuary built from unrestrained creativity, and a potent tonic; undiluted joyful creativity, guaranteed to transport the listener to a place of ecstatic release.