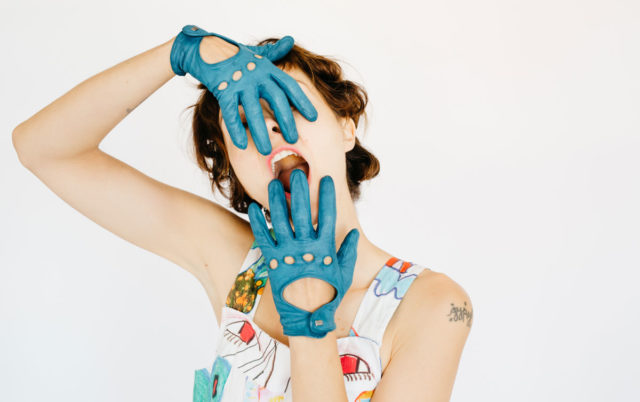 This week’s download comes from Poliça and their forthcoming album “When We Stay Alive.” You have seven days to download the song “Driving.”

When Poliça’s Channy Leaneagh fell off her roof while clearing ice in early 2018, she smashed her L1 vertebrae and battered her spine, leaving her in a brace with limited mobility for months. Yet Poliça’s fourth album, “When We Stay Alive,” is not about one debilitating accident. It’s about the redemptive power of rewriting your story in order to heal and reclaiming your identity as a result.

While recovering, Leaneagh’s doctor told her to focus not only on physical healing, but to meditate on the mental act of healing as well – working to erase the anger, regrets, and fear she felt about her fall. To do so, he suggested she rewrite the story she told herself about what happened on February 28th.

Left alone with her thoughts and her back fully braced, Leaneagh would visualize herself slipping and falling not onto cement, but instead onto a cloud, landing safely before breaking into a sprint over snow melting to reveal tall blades of green grass. As she felt the positive effects of this mental exercise, she set about doing the same for other injuries and pains that she gripped onto from her past.

“Laying in bed, as I healed, I would dream of running in green grass and tears would pour from my eyes. Running in the tall green grass; imagine wanting life and the want remains. That is a feeling to hold onto, that life is worth living even when all signs point no.’”