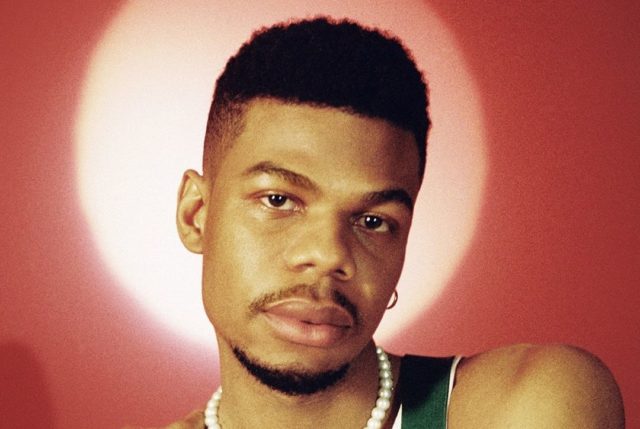 This week’s download comes from Poté and his forthcoming album “A Tenuous Tale of Her.” You have seven days to download the song “Young Lies” featuring Damon Albarn.

On “A Tenuous Tale of Her”, Poté (aka Sylvern Mathurin) marks the debut album release for Bonobo’s OUTLIER imprint. A record that’s tough, tender and grand all at once, the connections he’s built along the way speaks to the variety of his influences: with connections from Lisbon’s kuduro-fused Enchufada label, to Benji B and Damon Albarn (who features on single ‘Young Lies’), he’s built a sound that’s packed with ideas and musical touchstones alike.

Poté’s music has always balanced contrasting impulses. On the one hand, there’s the rhythmic, celebratory music of his Caribbean upbringing, and on the other, there’s his interest in exploratory, emotive songwriting. On this record, he takes that approach in a bolder direction: immersive and atmospheric, it’s a platform for those two sides of his music to strike a fresh dialogue.

Channelled through an imagined theatrical performance with a pre-apocalyptic setting, Poté raises the curtain on a more vulnerable, open side to his music. A storyline of looming disaster runs through many of the tracks: he imagined how different people would react to the news of impending apocalyptic breakdown. It’s a way of upping his musical ambition, and taking a step out of the limelight. “I wanted to write something that can live on stage without me being present,” he says.

Damon Albarn features on “Young Lies,” a collaboration which came about through Gorillaz producer Remi Kabaka Jr. “I love it when tunes evolve like this one”, Albarn said of the track.