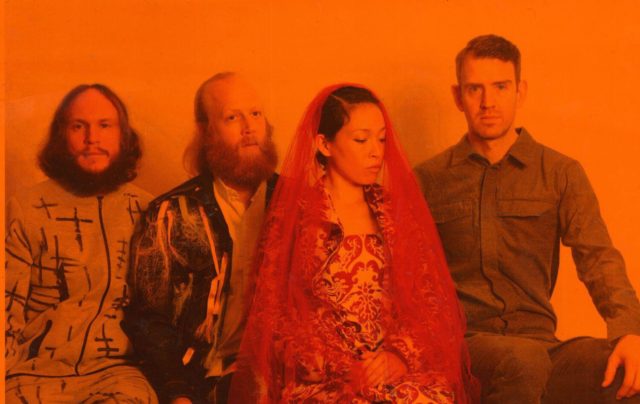 This week’s download comes from the Sweden outfit, Little Dragon.  You have seven days to download a remix of their tune, “High.”  The remix was produced by Michael Uzowuru and Jeff Kleinman and features rapper, Denzel Curry.

You can find the original version on their new album, “Season High.” Grammy-nominated Little Dragon has announced their long-awaited new album Season High, out April 14th digitally on Loma Vista Recordings. This is the first new music from the electro-pop band since they released their acclaimed 2014 album, Nabuma Rubberband. Season High was produced by Little Dragon, with co-production and mixing by James Ford, in their hometown of Gothenburg, Sweden.

Discussing the process behind recording Season High, Yukimi muses, “We have grown through the years but the making of this album has been a struggle. As much as our band is based on a deep friendship we are four strong wills who find it really frustrating to compromise. We have gotten better at that though, but it’s still a real battle. It gets harder and harder for us to make records but we still love it. Sometimes it feels like we have 100% passion and life or death emotions yet there’s a pointlessness with everything. We want to exist in our own bubble where we can stay curious about sounds. The magic feeling that sounds can sprinkle over any boring day is what got us all hooked. That feeling of escapism …maybe because Gothenburg is a gray place for most of the year, our curse and blessing is that we never quite succeed.”

Download the remix of Little Dragon’s tune, “High” below.