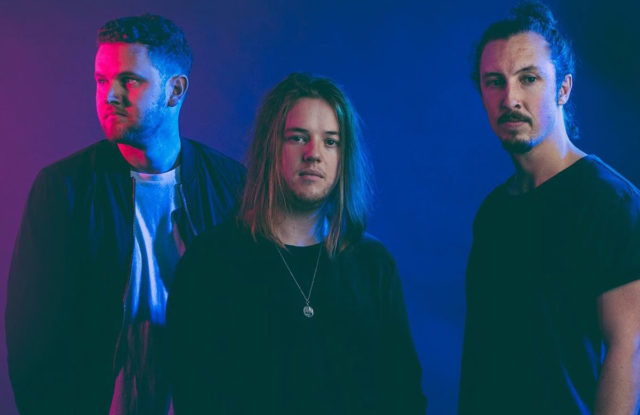 This week’s download comes from the group Safia and their latest album “Story’s Start Or End.” You have seven days to download their song “Runaway.”

SAFIA — which consists of singer Ben Woolner along with drummer Michael Bell and guitarist/keyboardist Harry Sayers — first began transporting listeners to new worlds in 2013 with their breakout single, “Listen to Soul, Listen to Blues.” The track racked up 15 million streams on Spotify, cracked the Top 10 on the Australian Independent Singles chart, and helped garner invitations to support superstars like Lorde and Disclosure on the road.

The band followed it up with a series of similarly successful singles before releasing their 2016 debut, ‘Internal,’ to rave reviews, with The Sydney Morning Herald hailing it as “spectacular” and The Australian praising its “intricate textures, whimsical synths and energetic rhythms.” The record landed at #2 on the Australian Albums chart, earned the trio international headline tours as well as arena dates with Twenty One Pilots, and grew into both a radio and streaming juggernaut (to date, the band has amassed over 140 million audio streams and 8 million video views).

“More than ever before, we had time for reflection with this album,” says SAFIA frontman Ben Woolner. “After the success of the first record, we had the benefit of experience and hindsight on our side, and that gave us the freedom to think about exactly who we wanted to be and what we wanted to say as artists.”

That space for self-discovery and creative exploration proved to be essential in crafting ‘Story’s Start or End,’ SAFIA’s remarkable sophomore release. Written and recorded over a span of two-and-a-half years, the collection showcases the Australian three-piece’s bold vision and fine attention to detail, with intricate production and adventurous arrangements underpinning thoughtful musings on identity, growth, and understanding. It’s easy to envision this music on the dance floor — the pulsating beats, window-rattling subs, and atmospheric synths practically defy you to try and sit still — but there’s far more reward awaiting those willing to dig beneath the surface. SAFIA don’t just write songs; they forge entire sonic landscapes with rich, cinematic detail.