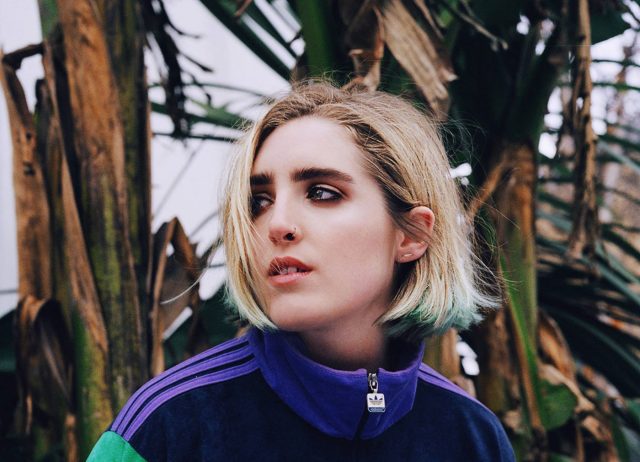 This week’s download comes from Shura and her new album “Nothing’s Real.” You have seven days to download her song “Touch.” “Nothing’s Real” is the studio debut album from the UK singer.

You can catch Shura live opening for M83 on Oct 19 at The Pabst Theater.

Shura is a singer, producer, remixer and video editor from Shepherd’s Bush in West London. She was born in Moscow to a Russian actress and an English documentary filmmaker.

Her passion for music came from her brother, who would DJ drum-and-bass at the weekends. Shura began building her own songs, immersing herself in the textured sounds of Janet Jackson, Blood Orange and early Madonna.

After her studies, Shura spent some time in South America, where her songwriting found its focus through contemplation of past relationships, future music, and walking pumas round The Amazon.

The first taste of music from Shura was Touch, a post-break-up anthem with a DIY video of her close friends kissing on camera, which hit the internet in February 2014 to wide acclaim. (via BBC)