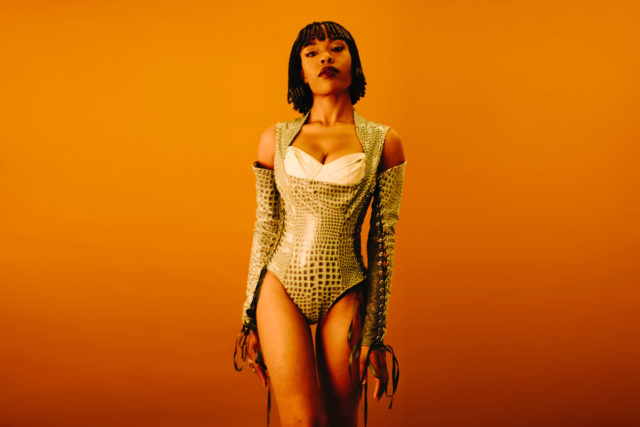 This week’s download comes from Sudan Archives and her debut album “Athena.” You have seven days to download her song.

Athena follows Sudan Archives’ debut EP Sudan Archives (2017) and the Sink EP (2018), which garnered wide acclaim from NPR Music, The Guardian, Pitchfork and The New York Times, among others. Athena is about duality. Herself an identical twin, Sudan Archives has long been acquainted with the notion of opposites coexisting within one entity. She explores that concept throughout the album, testing the boundaries between good and evil, and vulnerability and strength. On eleven tracks that include some of her most open and honest lyrics to date, she delves into relationships, confidence, isolation, and questions of right and wrong.

For Athena, Sudan Archives worked with a cast of musicians including producers Washed Out, Paul White (Danny Brown, Charli XCX), and Rodaidh McDonald (The xx, Sampha, Adele). The result of her opening up to collaboration is her most wide-ranging music to date; as she puts it, the EPs are “like a haiku of what the album is”. Deeply ambitious, sometimes vulnerable, and always beautiful, Athena is a powerful statement from a musician who has always resisted easy categorization.