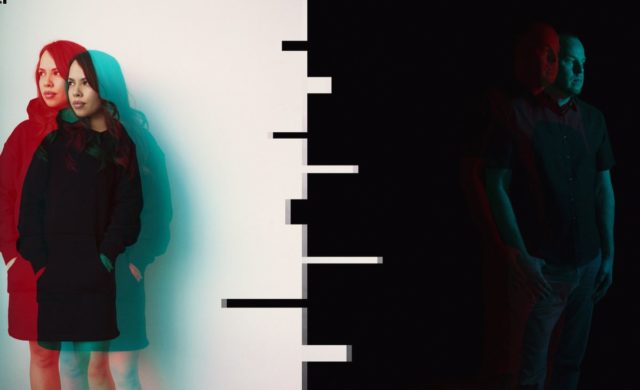 This week’s download comes from duo Sundur. You have seven days to download “To The Top (Remix feat. Keith Lawrence & Kicker Dixon).”

Picture a Portishead universe where Beth Gibbons stumbles from a dimly lit cave into a desolate post-future, aware yet meandering, where songs of closure and triumph resonate, where unclad vocals are anchored by textured samples, at times sullen but always effectual. Somewhere There’s Music is a record both from and for fraught times, the result of quarantine-induced reassessment and reawakening. In Icelandic, SUNDUR means “apart.”

This was a “Covid project” made with almost zero contact between two artists who were unaware of each other’s previous work, completed in a few months through scant communication after meeting (where else) online. Limited contact was deliberate, an experiment defined by a pandemic if not bolstered by it. Says DJ Platurn, on how the process unfolded: “SUNDUR didn’t necessarily start as one linear vision. The aim was to make mellow mood music but not necessarily of a specific genre. From the beginning, we had a mutual understanding of the importance of letting these songs come to life organically. By giving the music that space and time, and working on each song one layer at a time, it ended up morphing into something of its own entirely.” With decades in the field, this is a noticeable departure from his previous work.

Savannah Lancaster, whose emotive vocals have an underlying complexity, also has a penchant for illustrative lyrics that guide the music along. The singer/songwriter began taking voice lessons at age 7 and writing shortly thereafter. “I usually write lyrics first, then work through melodies and chords on the guitar to form the structure and backbone of the song,” says Savannah, who recorded her half of the album in the walk in closet of her home. “However, since Platurn was sending me his beats, the approach was the total opposite; this time, I was tasked with trying to figure out melodies and lyrics to fit within the music that was already laid out in front of me.”

Savannah (Filipina out of LA) and Platurn (The Bay, by way of Iceland) present Somewhere There’s Music, 12 tracks of woven melodies and scenic backdrops, not unlike the pantheon of greats who precede them—Thievery Corporation and Sault, nods to early Massive Attack, even touches of Air. Lots of layers both aesthetically and conceptually. You could easily see SUNDUR opening for the likes of Khruangbin or Phantogram.

An unlikely union during unlikely times, the two sum up their collaboration thusly: “Somewhere There’s Music is an ode to resilience. With hints of jazz, folk, soul, funk, and lounge throughout, the album is largely experimental. The lyrics are on themes of isolation, anger, grief, regret, and heartbreak; there’s a toughness with a sense of hope and upliftment. Ultimately, a reflective record that hits many of the emotions that humanity went through during the whole of 2020 and beyond.”