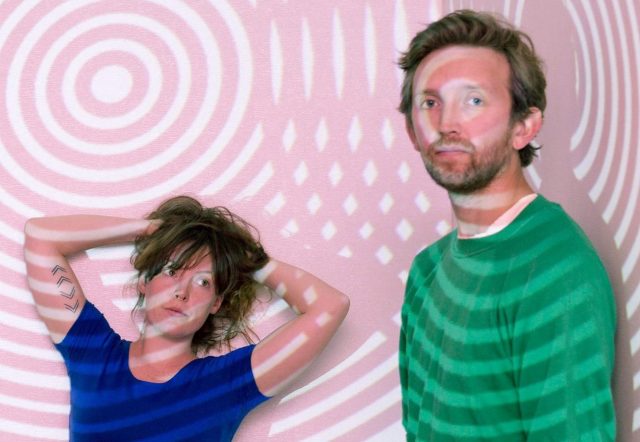 This week’s download comes from the duo Sylvan Esso. The duo recently released a new single titled “Radio.” You have seven days to download the song before it is gone.

Sylvan Esso — the electro-pop duo made up of Amelia Meath and Nick Sanborn — has proven surprisingly durable in the years since the release of their 2014 self-titled debut, becoming a reliable part of festival lineups and even making some in-roads in more mainstream circles, which probably came as a bit of a shock for two musicians who got their start in more outsider folk groups. (Side note: Will we ever get another Mountain Man album?! Please?)

Their single, “Radio,” addresses some of the anxieties that come from being foisted into the spotlight. “Do you got the moves to make it stick? To get the clicks?” Meath asks in her characteristically acrobatic voice over one of the group’s more pressing beats. “Can you keep ‘em coming? What can we do to get you on the news?” It’s an examination and near-condemnation of the publicity-focused side of the music industry that’s packaged in Sylvan Esso’s most unrelentingly catchy song yet – Stereogum