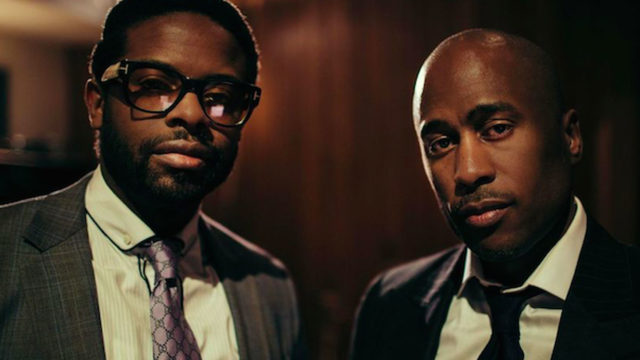 This week’s download comes from Adrian Younge and Ali Shaheed Muhammad (A Tribe Called Quest) aka The Midnight Hour. You have seven days to download their latest song “Harmony.”

Ali Shaheed Muhammad (A Tribe Called Quest) and Adrian Younge have been on an extensive North American fall tour with their acclaimed 10-piece ensemble, The Midnight Hour. The Midnight Hour is Black Excellence: an ode to the cultural sophistication that the Harlem Renaissance established for its people.

Performing with their jazz rhythm section and an orchestral section reminiscent of maestros such as David Axelrod and Quincy Jones, The Midnight Hour is sophisticated hip hop. The pair behind the unforgettable score for the Netflix series Marvel’s Luke Cage share their first new single off their upcoming second album, set for release in early 2020. “Harmony” features frequent collaborator Loren Oden and, notes Ali and Adrian, is “a song for those that have felt a special spark of love, in the moment.”