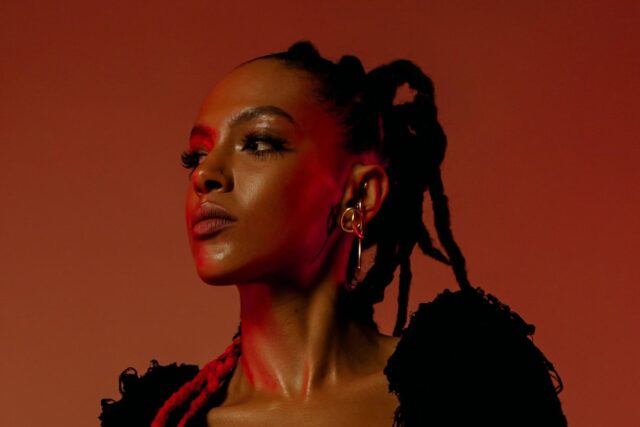 Dubbed as “this decade’s triple threat” by LOVE Magazine, the autodidact producer and singer-songwriter is seen on screen spraying a large canvas hinting at her wide-spanning talents which include illustration, sculpture and visual art. Since recording this release, Alewya has also featured on Lil Simz’s Drop 6 album on the track ‘where’s my lighter’.

The translation of Alewya’s name from Arabic means ‘most high’ or ‘the highest’ so it’s fitting that her music centers around the idea of transcendence. Her music is an accessible space for her and her listeners to connect spiritually. “I want to move people to themself. I want them to feel the same way that I felt when I had a taste of a higher power and felt there was a presence over me. I want people to feel that.”

After spending four years in New York, she returned to west London where she was raised. Born in Saudi Arabia from an Egyptian father who was raised in Sudan and an Ethiopian mother, Alewya grew up nestled in a community rich with diaspora from around the globe. It was here she received a nourishing musical education that can be heard throughout her music.

Both her music and art are deep broodings through euphoria, heartache, melancholy and back again. Alewya is challenging you to remember the last time you really felt connected. And as she finds the connections between disparate worlds, Alewya wants to make you feel, and make you dance.