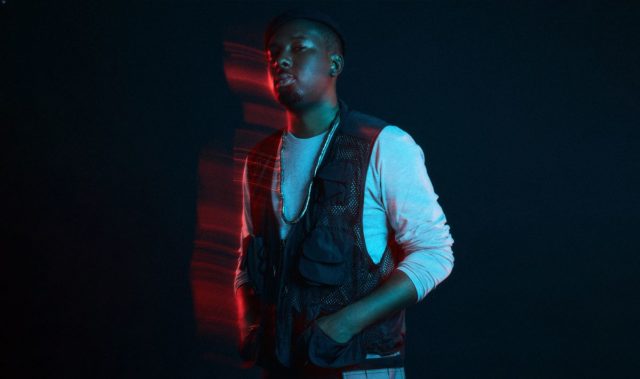 This week’s download comes from London jazz musician Theon Cross and his forthcoming solo album “Intra-I.” You have seven days to download the song “The Spiral” featuring Afronaut Zu & Ahnanse.

Theon Cross is at the forefront of the thriving London jazz scene, with the gifted musician and composer expanding the sonic possibilities of tuba playing. Today, Cross — a core member of Mercury Prize-nominated outfit Sons Of Kemet — announces his new solo album, Intra-I (meaning “Within Self”), due October 29th on New Soil / Marathon. Cross also shares his bass-heavy latest single “The Spiral” featuring Afronaut Zu and Ahnansé, and the accompanying video. It follows his previous single, “We Go Again,” and both tracks are included on his forthcoming album.

“The Spiral” is inspired by the winding journey toward self-realisation, and the video visually depicts the journey into self through the movement of dance. Directed by creative duo Roisin O and Eden Tarn, the video stars Cross, vocalists Afronaut Zu and Ahnansé, and also includes cameos from Moses Boyd, dancer Tyrone Isaac-Stuart, Nathaniel Cross, Neoma Cross and Laurie Fitzgerald–the artist who painted the artwork for the campaign. “It was important for me to feature a nod to the culture of the sound system,” notes Cross. “For me, this song and the album is all about showcasing a sound system powered by breath through the passageways of the tuba.”