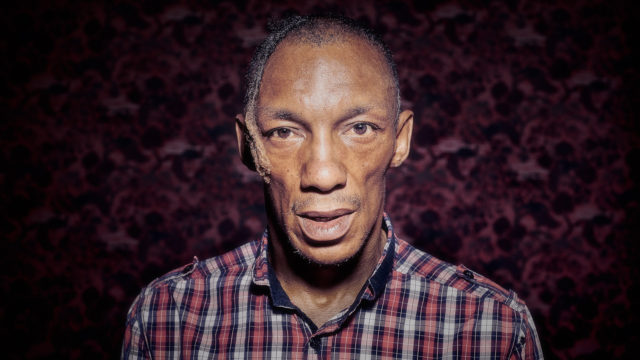 This week’s download comes from the one and only Tricky and his latest album, “Ununiform.” You have seven days to download his song “When We Die” featuring Martina Topley-Bird.

This fall Tricky returns ununiform. A delicate, storming, intricate album that sees Tricky take perhaps his most radical step yet – a journey into happiness and contentment. It’s a record that shows the legendary British producer confront his legacy, history, family – even death itself. And in all of this, he finds the strangest, least familiar thing – peace.

Interestingly, the effect of his new-found outlook, freedom and lifestyle has led to Tricky turning back to his classic sound – perhaps the final frontier for such an inveterate experimentalist. “I’ve got nothing to prove now, and I’m comfortable with referencing myself.” Indeed, he’s since described single ‘The Only Way’ as “Hell is Round The Corner, Part 2”. The record also sees him collaborate once again with Martina Topley-Bird, on ‘When We Die’, who first made an appearance on Tricky’s debut 1995 album, Maxinquaye – released a month before the pair’s daughter was born.