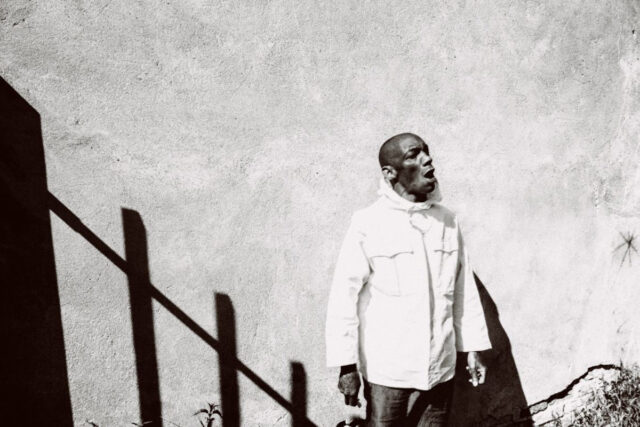 This week’s download comes from Tricky and his forthcoming album “Fall To Pieces,” his 14th studio album. You have seven days to download the song “Fall Please” featuring Marta.

Tricky might be over three decades deep into his music career but he’s currently on a creative roll. In the last year he’s put out an acclaimed autobiography, Hell Is Round The Corner, dropped the enchanting 20,20 EP and is on the verge of releasing Fall To Pieces, his 14th studio album.

Fall To Pieces was recorded in Tricky’s Berlin apartment, over the course of two or three months in late 2019. The tracks are often short, ending abruptly and moving on to the next without warning. Tricky’s music has always enlisted female vocalists to carry his ideas – back in the day he believed they were vocalizing his mum’s creative energy from beyond the grave.

The majority of tracks on Fall To Pieces rely on Marta Złakowska, the singer he discovered during a Polish tour when he was left without a vocalist on the opening night: the local promoter suggested a girl who worked in a nearby bar, and when she arrived she had already learned the chorus to Tricky’s song ‘When We Die’. She saved the tour from disaster and afterwards Tricky said to her: “Look, if you give me 12 months of your time, so I don’t have to look for a singer on tour, I will help you with your music afterwards and you can be on my album.”

It sounds fortuitous – much like when Tricky encountered his original female vocalist Martina Topley-Bird by chance when she sang outside his front door. But of course he has an intuition too. “Yeah, I can tell when someone is humble and down to earth. Marta doesn’t care about being famous, she just wants to sing.”