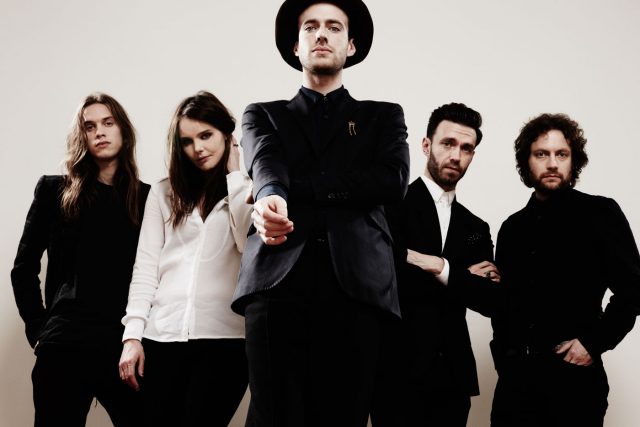 This week’s download comes from the band, The Veils and their new album titled “Total Depravity.” You have seven days to grab the song “Low Lays The Devil.”

“Total Depravity” is the fifth studio album from THE VEILS and marks the beginning of a new era for the band and frontman Finn Andrews. With its extreme sonic contrasts, mutilated loops, bold lyricism and evangelical fervor, Total Depravity is an unpredictable journey, helmed by the exceptional production work of El-P (Run the Jewels), and Adam “Atom” Greenspan. The sinister beauty of “Total Depravity” represents THE VEILS’ largest stylistic shift to date and exhibits a band at the peak of their creative powers. Andrews has lived a life of constant musical immersion. His father, Barry Andrews, was one of the founding members of new wave pioneers XTC and longtime collaborator with Iggy Pop, David Bowie, Brian Eno and Robert Fripp. But it wasn’t until Finn Andrews moved from his father in the UK to New Zealand with his mother at age 12 that he started writing songs of his own, many of which would form 2004’s debut album, The Runaway Found.