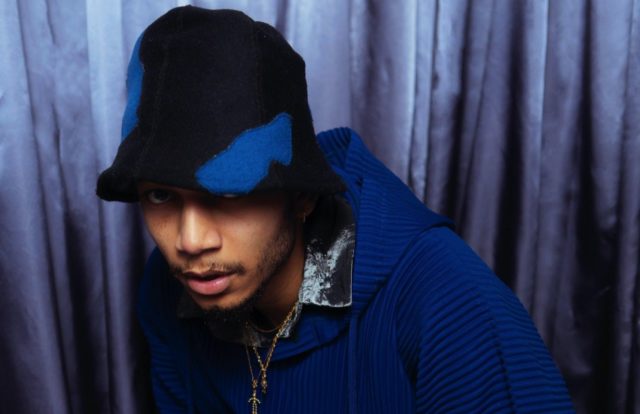 This week’s download comes from Visual artist, producer and emcee Wesley Joseph and his forthcoming project “ULTRAMARINE.” You have seven days to download the song “Thrilla.”

Wesley Joseph has firmly established himself as an artist to watch in 2021. The artist, producer and director kicked off 2021 with the release of highly anticipated single ‘Thrilla’, launched by Annie Mac at Radio 1.

Visual artist, producer and emcee Wesley Joseph has firmly established himself as an artist to watch in 2021. His debut project “ULTRAMARINE” will be released on his own EEVILTWINN imprint (via Transgressive) this summer with collaborations with contemporaries Jorja Smith, Leon Vynehall, Dave Okumu and more.

Since emerging last year with his self-produced debut single, the skittering, jazz-flecked “Imaginary Friends,” 24-year-old rapper-singer Wesley Joseph has written, directed and scored his own short film, Pandomony, as well as directing the video for his undulating second single, Martyrs. While he delegated the animated visuals for glitchy ‘Ghostin’’ to Pixar’s former technical director Najeeb Tarazi, the video’s fusion of the hyperreal and the mundane marries purposefully with the intention of his music. “When you look back at life, the romanticized memories are… more poignant than the reality,” he told The Face. “But music allows you to relive those moments as over-exaggerated, melodramatic soundbites. And I want to provide those soundbites.”

Born in Birmingham and raised in Walsall, where he was a member of the OG Horse collective alongside Jorja Smith, Joseph moved to London in 2016 to study film. He also started making beats on his laptop, converting his bedroom into a makeshift studio. That ad-hoc, DIY ethos permeates everything he does, with the lyrics to Ghostin’ written quickly on the bus home from a session with the song’s producer, electronic pioneer Joy Orbison. He’s also working closely with Jai Paul associate Lexxx on an upcoming debut project that encapsulates the likes of Andre 3000, Frank Ocean and Donald Glover.