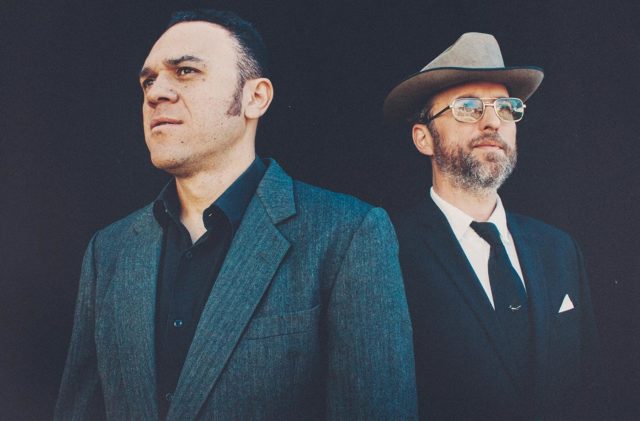 This week’s download comes from the Austin’s Greyhounds.  The duo just released their latest album “Chance of Pace.”  You have seven days to download the title track.

“The war is on for your mind,” sings Anthony Farrell, one-half of Austin duo Greyhounds, who make an audacious statement of substance and style on their second – and best – album Change of Pace, out April 1st on Ardent Music. A collection of technicolor soul and sweat-drenched R&B, the album features thirteen new, original songs written by Farrell and Greyhounds guitarist/singer Andrew Trube, and recorded on a collection of rewired keyboards and junk shop guitars.

Recorded in part at Ardent Studios, Change Of Pace hones Greyhounds’ heavy, strutting grooves and infuses them with a righteous new message. “There’s this polarization in American culture where you’re either on our side or you’re against us,” says Farrell, “and I don’t think that really helps anybody.” Adds Trube, “We need to wake up and start taking care of the world and each other.”

Derek Trucks has raved that “Greyhounds make real music, the right way and for the right reasons,” while Gary Clark Jr. summed up a recent LA show by tweeting simply that they “crushed it as usual.” Esquirehailed their 2014 Ardent debut Accumulator as “intoxicating [and] gut-wrenchingly lovely,” USA Today compared them to “The Meters, Earl Hooker and Buck Owens,” and Texas Monthly fell under the spell of their “ringing guitars [and] bluesy swagger.”